* If you click a link on this page and make a purchase, we may receive a small commission at no extra cost to you. Learn more.
Tool Dizer › Saws › Miter Saw vs. Circular Saw 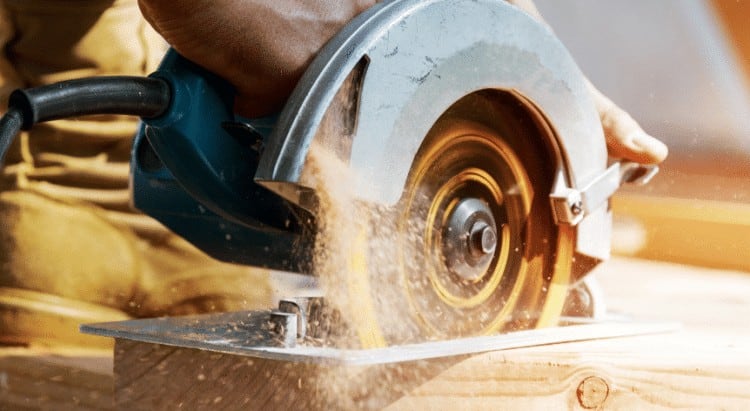 A miter saw or a circular saw, which one to buy, what are the differences between them, and should you buy both, or will one of them be enough?

We will do our best to tell you the answers to these questions to help you make a better choice when buying.

The major difference between these two products is the type of work that you will be using them to do. Miter saws are mostly used in trimming and shaping material; however, if you want to cut iron or wood so they can be used later on in other projects, then a circular saw will be better.

A circular saw is a cutting tool, and its main uses involve cutting materials. They are one of the most straightforward and easy tools to use; it doesn’t contain many complications as it is used to cut. A circular saw can cut anything from wood to plastic and even iron. All you have to do is to choose the appropriate saw for the appropriate material, and you are good to go.

We will now discuss the differences between them to help you get a better understanding.

Miter Saw: As we talked about before, a miter saw has many more uses than a circular one, as it can make up to four different cuts as well as trim and shape wood. You can use a miter saw to make angled cuts to make joints and frames.

Their Mechanism of Work

Miter Saw: It is mostly a stationary tool, the saw itself is lowered into the board instead of it being carried around. This is both an advantage and a drawback, as you no longer have to worry about moving your saw from one place to another; however, you will have to carry each board that you want to cut to the miter saw.

Miter Saw: Due to its larger size, a miter saw is very hard to store and move around. As we talked about before, it is mostly a stationary tool that is not moved around much; instead, you carry the piece that you are cutting to it.

Miter Saw: A miter saw is much more accurate than a circular saw. This is due to the fact that it is stationary, and all you have to do is to lower the blade into the board you are cutting and let the blade do its work.

Circular Saw: A circular saw is not as accurate as a miter saw, as, during cutting, the saw is being carried by you so it can easily stray from your desired cut, especially if your hands are not steady.

Miter Saw: A miter saw is much more expensive than its counterpart, this is due to its relatively large size and its ability to make different cuts.

Circular Saw: It is cheaper when compared to a miter saw; however, some circular saws can become very expensive due to the addition of different blades and different features to them, which increases their price.

Finally, it is safe to say that no matter which one of them you end up choosing, you will definitely not regret choosing any of them. As they will become indispensable tools that you will use more often than you think.

So, if you are looking for an accurate, stationery, and heavy saw, then a miter saw is the one for you; however, if you need a fast, portable saw that can make fast cuts, then look no further than a circular saw.