* If you click a link on this page and make a purchase, we may receive a small commission at no extra cost to you. Learn more.
Tool Dizer › Saws › Single vs. Double Bevel Miter Saw 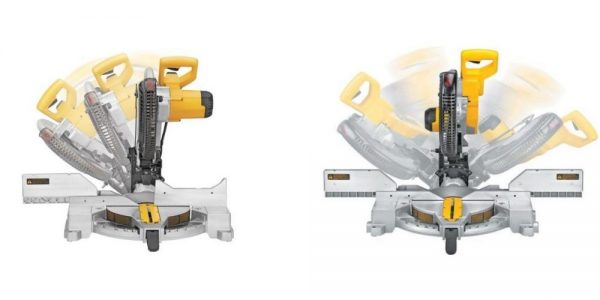 Single and double bevel miter saw, what are the differences between them and which one to choose, and what does a bevel mean anyway?

Which of them is better and which of them suits your line of work? Throughout this article, we will do our best to answer these questions to help you make a better decision.

The major difference and probably the determining point between both of these miter saws is the direction of the cut. What we mean here is that a single bevel miter saw can cut only in one direction either left or right, so if you want to make a cut in the opposite direction, you will have to stop, flip the board and start again. However, a double bevel miter saw allows you to make cuts in both directions without having to stop to flip the board.

What Is a Bevel?

To define a bevel, it is a horizontal or vertical slope that has a 45-degree angle. A miter saw is capable of making four cuts a bevel cut, miter cut, crosscut, and a compound cut. The bevel cut is a cut that has any angle except for 90 degrees.

Now we will talk about the differences between each one of them.

Single Bevel: A single bevel miter saw is more time consuming than its cousin as it takes much more time and effort, especially if you need to cut a piece in two directions. You will have to fully stop your process in order to flip the piece your cutting.

Double Bevel: The double bevel saves time, especially when cutting in two directions as the dual bevel allows you to cut in two different directions, either left or right, without having to flip the board over.

Single Bevel: This takes us again back to the point of flipping the board over, flipping a board in order to make a cut in the opposite direction will lead to some mistakes and thus cost you more time and money as you might have to start all over again.

Double Bevel: This issue is not present in dual bevel miter saws as due to their ability to cut in both directions, you will rarely make a mistake and will be much more accurate.

This point talks about which type suits which user.

Single Bevel: A single bevel miter saw is suitable for all users, either experienced professionals or amateur DIYers. However, it is mostly used by amateurs due to it being small-sized and much more compact. Moreover, it is much easier to use due to its ability to cut in one direction only.

Double Bevel: Unlike a single bevel miter saw, a double bevel miter saw is suitable for professional use only. Its larger size makes it more difficult to handle, especially when performing cuts in two different directions. These cuts require a much more focused and seasoned grip, as you have to be extremely accurate and focused in order to get a perfect cut.

Single Bevel: This one is a clear winner here as you can easily buy a great single bevel miter saw for under 100$. Their lower price is due to their smaller size and their ability to cut in one direction only.

Double Bevel: They are much more expensive than their counterparts, as to purchase a good double bevel miter saw you would have to pay an extra amount from anything between 50$ to 100$. This extra amount of money is because dual bevel saws are usually used in larger sites due to their high accuracy and ability to cut in two different directions without needing to flip the board.

Finally, it is safe to say that no matter which one you are buying, you will not be disappointed as both of them are magnificent pieces of machinery. They will help you evolve your work and make you better at it. 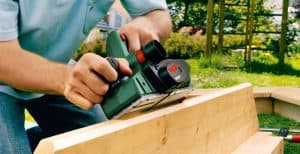